Michael Privot is an expert in Islamic studies, a Muslim, and an activist dedicated to positive social change through the collective efforts of many people. He is the director of the European Network Against Racism which works closely with other nonprofit organizations to influence national legislation that promotes racial equality. During his tour of the U.S. as a participant in the IVLP program through the U.S. Embassy in Belgium, Michael expanded his network of like-minded contacts while learning and teaching new skills crucial to activists’ work. 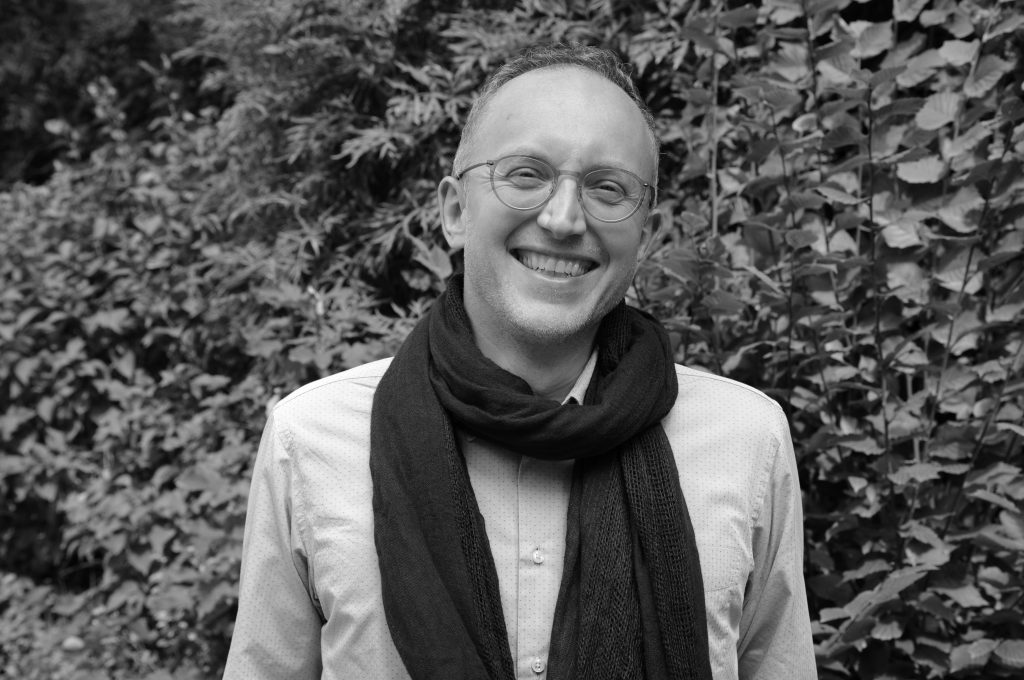 About Michael “Trying to make society more inclusive is definitely my passion in life.”

Michael Privot imagines an ideal society that includes people with diverse backgrounds, experiences, beliefs, and ideas. As director of the Brussels-based European Network Against Racism, he works to empower groups including NGOs, trade unions, think-tanks, faith-based and immigrant organizations to advocate for national laws that promote racial equality.

“My hope for the future is that we will be able to live in a society where people enjoy equality to the fullest – a society where the existing structures of oppression like patriarchy, sexism, racism, or unbridled capitalism are broken down – where all are equal,” he says. Michael has dedicated himself to the hard work of making this dream come true: “This ideal is still far, distant on the horizon, but worth struggling for nonetheless.”

A Society for All

Micheal finds that his academic background and expertise in Islamic Studies are effective tools for social change. “As an academic, I’m critical of society,” he explains. “Linking social sciences to faith, I try to facilitate how Muslims adapt their faith to the challenges of a modern, secular, liberal, self-reflexive society,” that is, a society where people consider how they relate to others. “There is always an element of truth in the views your opponents articulate,” Michael says. Encouraging ongoing, open-minded dialogue between people holding different ideas, values, and beliefs is a path toward equality and inclusion: “It enriches us to better understand other people’s reality, and makes us less judgmental.”

“I’m a committed Muslim who would like to make a difference in society.”

As a Muslim, Michael feels a personal connection to a community that has suffered discrimination and suppression of rights. Though as a white male he believes he has dodged many injustices faced by Muslims with Arab backgrounds such as racial profiling, he has experienced discrimination as a longtime activist for his Muslim community. “I know my being a member of this movement will continue to have an impact on my career,” he says. “Certain doors will remain closed because of it, but I’ve come to peace with that.” In fact, he embraces the many parts of his identity: “I’ve always seen myself as a Belgian, a West-European liberal, and a Muslim. I don’t have some sort of conflict of identity… I try to forge a new identity of being a European Muslim.”

Michael expanded his network of similarly-minded activists while a participant in the International Visitor Leadership Program through the U.S. Embassy in Belgium. During his coast-to-coast tour of the U.S., he met academics, activists, and public servants also dedicated to civil rights, racial equality, and intercultural dialogue. Observing their work in the U.S. gave Michael “something very useful to bring back to Europe.”

Inspired by their commitment and creativity, Michael later helped organize visits to Europe for many of those he met in the U.S. “It’s critical to use these relationships within civil society to forge change in a complex society,” Michael explains. It’s the way “we evolve to a society that is more collaborative and inclusive.”

“Reach out to others so you can broaden your understanding of the world.”