Coralie Bonnet has been a partner of the U.S. Embassy for many years. She’s active in her community promoting peace and remembrance. She was actively involved in the creation of the new Bastogne War Museum and regularly hosts WWII veterans from the U.S. Coralie lives in Bastogne where she’s been a member of the city council for almost 6 years. In December 2018 she also became Deputy Mayor. She went on an IVLP Program in 2017. 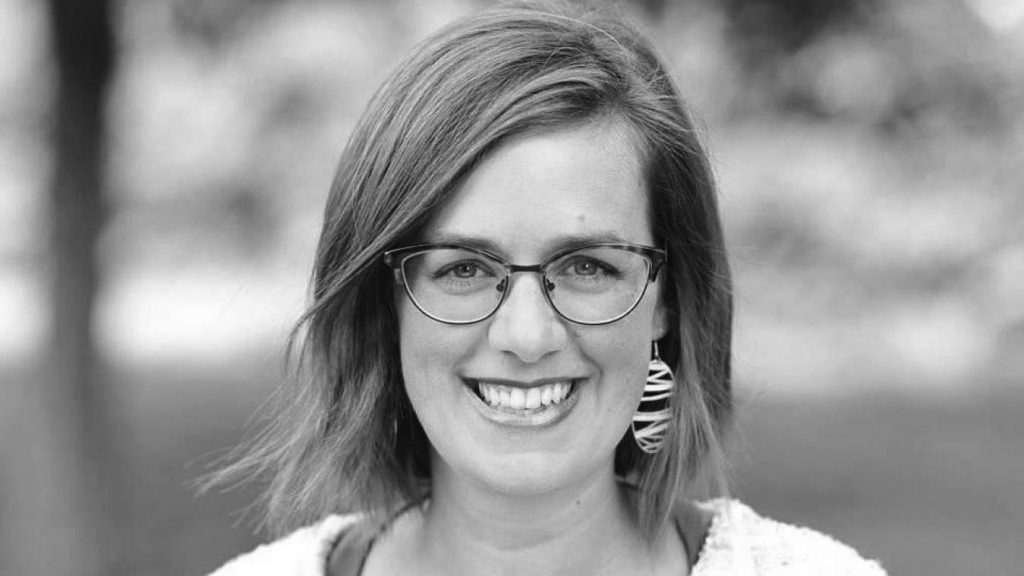 About Coralie “I felt proud because everybody in the U.S. knows about the Battle of the Bulge.”

I’m Coralie Bonnet. I live in Bastogne. I’ve been a member of the city council for almost six years. In December 2018 I became Deputy Mayor. I work a lot with the American Embassy in Belgium to promote peace and remembrance throughout the Ardennes and Belgium in general.

I like meeting new people and creating new projects to enhance economic opportunities, and to promote Bastogne, my city. I think it’s really important to foster mutual understanding and keep the memory of what happened here during WWII (Battle of the Bulge) alive.

My home is Belgium. I’m aware of that because I had the opportunity to study abroad. I really feel Belgian when I’m in Spain or in Ireland. I also felt proud about my Belgian roots when I was in the United States because everybody knows about the Battle of the Bulge.

It was interesting to learn about how others are trying to improve.

The IVLP Program I went to in 2017 was dedicated to young European leaders. So with 12 other European young people, I had the opportunity to visit six states, sorry, more than seven cities, and meet a lot of people working for public or private organizations. For instance, non-profit organizations, but also people working for cities, states, or even the government in DC.

I try to put a lot of passion in my every day work, but what I’m most pleased with, and proud of, is what we’ve created around remembrance and hosting the WWII veterans in Bastogne. We’ve created a new museum (Bastogne War Museum) dedicated to telling the story of the war to the young generation.

The whole endeavour, and finally getting the Bastogne War Museum ready, was an interesting process but what’s most exciting and rewarding is to now see the general public, but also lots of school kids come and visit the museum to learn more about the history of Bastogne, and to see the American WWII veterans come over here to visit. That’s what makes it worth all the effort, and it’s what keeps us motivated.

I think it’s important for the younger generation to understand what happened here all those years ago. Sooner or later none of the people that lived thought these experiences will be around to tell us. So the memory needs to live on. We need to continue telling the stories and explain their relevance.

Working a lot with the stories of how life was during the war, makes me hope that nobody around me will ever know what war is like in Belgium, or in my town, or anywhere else in Europe. We have since built the European Union  to keep the peace. I would like the young generation to understand how important it is to prevent these horrible events to ever happen again.

I would hope people regard their differences, wether it be language, or origin as something to learn from instead of something to be afraid of.

“I think it’s important for the younger generation to understand what happened here all those years ago.”