For Steven Decraene, journalism can be a tool for changing people’s understanding of their world. He strives for investigative reporting that presents the often harsh realities of conflicts with a nuanced perspective that offers hope for the future. As a participant in the International Visitor Leadership Program through the U.S. Embassy in Belgium, Steven toured the U.S. to gain a deeper understanding of the country’s people and culture – an experience that supports his mission to report on world events with accuracy and understanding. 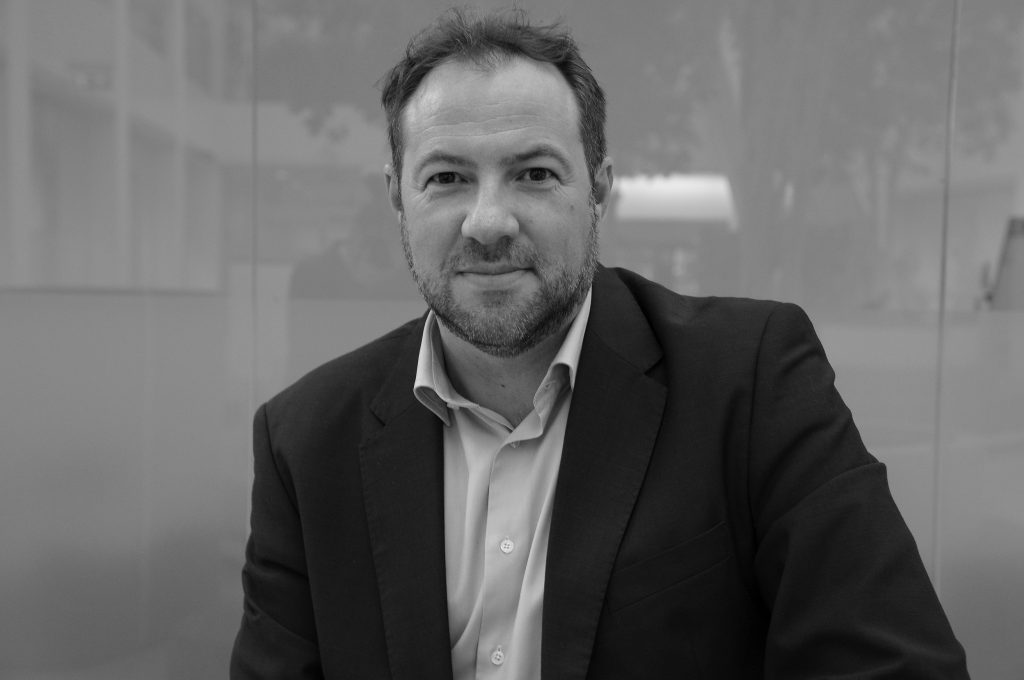 About Steven “Journalism is part of my DNA.”

Steven finds it easy to identify the driving force behind his life and career: a hunger for information. As a journalist for public broadcaster VRT, he travels the world to report on breaking news. Providing viewers with accurate facts and their context is a responsibility he takes very seriously, particularly in today’s digital age. “You need professionals to guide you through the massive information overloads,” Steven says. “As a journalist, I like to be a reasonable voice…. a trustworthy journalist so people feel confident in putting their trust in you.”

In covering conflicts, whether in Afghanistan and Libya or in his home country devastated by terrorist attacks in 2016, Steven believes that journalism can inspire hope for the future. An important part of his work is finding stories of optimism even in the most tragic circumstances. “As a reporter you cannot only report on the negative things, you also have an obligation to report on the positive, and put everything into context,” Steven explains. Telling these complex stories can help create a world that is “less violent… where there is more trust.”

Steven’s trip to the U.S. as a participant in the International Visitors Leadership Program (IVLP) offered the journalist a new way to gather information on an area of interest. The cultural exchange gave him “a unique way of getting to know the different aspects of the American way of life,” he explains. In his tour of five U.S. cities, Steven gathered first-hand information on various topics through visits to newsrooms and the U.S. Capitol, and through meeting politicians and fellow journalists. The experience allowed him to bring new knowledge and expertise back to his own newsroom in Belgium, and to further support his team’s work keeping audiences well-informed.

I got a whole new view of the United States.

What helped make this a “once-in-a-lifetime” experience for Steven was his informal exchanges with diverse groups of Americans. These first-hand glimpses into everyday life across various U.S. regions gave him insight into the diversity of U.S. culture, a perspective he shared with colleagues at home. “A lot of people in Belgium think that the United States is one country united, but in fact, there’s such a variety.”

Steven appreciated the portrait he gained of U.S. culture where regional differences are marked, but where there is often a strong sense of national identity. “It was very interesting to see how all those people have one common sense of being American, but on the other hand, they still keep their own identity or a particular way of life,” Steven says.

“When people think about the U.S. they usually have New York or Hollywood in mind, or they’re thinking about the president. I have to tell them, ‘Well the United States is just so much more than those three identities,’” Steven explains. With a journalist’s zeal to share new information, Steven brought home what he learned during his IVLP tour. “I’m like an investment agent who has to sell this idea that there’s so much more to the U.S. than those preconceived stereotype ideas.”

Steven’s experience in cultures across the globe has reinforced his belief that where there is diversity, there can also be understanding. Stevens notes that much like Americans can rally behind a single flag, Belgians – though they may speak different languages – can unite behind a common national identity. He believes that identifying as a global citizen may be the key to a more peaceful world. “In meeting people from all around the world, I realize that most all want the same: a good laugh and to get along with each other,” Steven explains. “I learned that no matter where you are, you will always find something in common.”

“At the end of your career, it doesn’t matter how many trophies or awards you’ve won.”