Let us introduce you to Alexandra Smarandescu. She`s a law student, chairwoman of the Flemish Youth Council, a Belgian with Romanian roots, a problem fixer and a go-getter. She participated in the Women2Women program, a 10-day international conference in Boston about women's rights and leadership. “People were really top-notch, but that was not the most important thing to me. The thing was the sense of a community that I had while I was there,” Alexandra tells us. 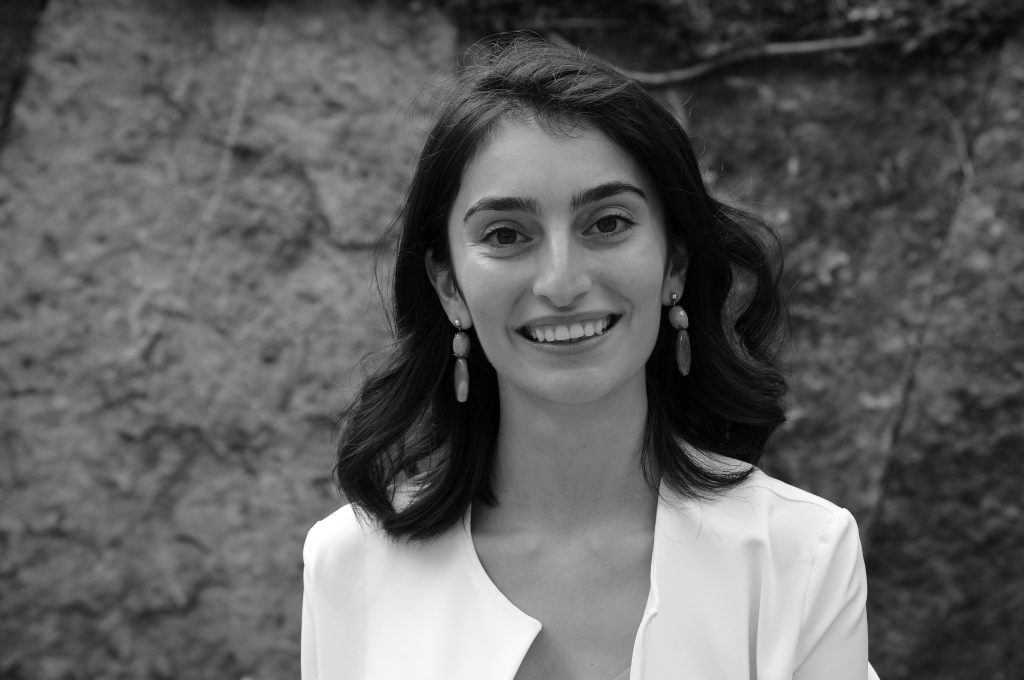 About Alexandra “The most important thing was the sense of a community that I had while I was there.”

Every year, emerging female leaders between the ages of 15 and 19 take part in an intensive, action-oriented leadership training during the Women2Women International Leadership Program. Alexandra was the perfect candidate, and it all started with an application process. “I remember seeing the application online and I thought ‘well, that’s a long shot,’” Alexandra confesses. “It looked cool, so I’m like, I’m just gonna give it a shot, who knows.”

It turned out to be a fantastic time: “It was very international with a lot of different opinions and people and perspectives. We talked about women’s rights and leadership, we had debates, we had workshops. For example, we went to Harvard to work on our negotiation skills. It was very fancy and the people were all top-notch who came to talk to us.”

Home is where you belong

It`s not a surprise that Alexandra valued the sense of a community, because for her, feeling at home doesn`t have anything to do with the place you`re currently at. “We were from 25 different countries, but we felt at home in Boston. And although Boston is a nice city to discover with friends, that wasn’t why. It was because the people there made you feel at ease and made you feel like you belong just as much as anybody else and I think that defines being at home.”

She also tells us that a lot of people ask her if she feels Romanian, Belgian or even something else. But it`s a mix, she explains: “It’s not like a 50/50 percent thing. It’s in the little things and that’s the nice thing about it. So, for example, if you go to Romania and you go to visit someone, they will offer to feed you first thing. You won’t leave before you’ve had something to eat and I find myself doing that as well. So I have that part of me, but then I like being very organized and that’s not the way things go in Romania.”

“Everything is just a matter of perspective.”

And maybe it`s because of her mixed identity that her motto in life has to do with keeping an open mind and respecting different opinions. “If you try to put yourself in someone else’s shoes or you try to understand where someone else is coming from, it’s a lot easier to find a solution and find common ground to do things. So that would be the quote: Everything is just a matter of perspective.”

Ready for the challenges

When we ask her what she took away from the program, it`s the fact that it`s okay to dream big, but also that you have to be ready to defeat challenges. “We were there to create an action plan and think about making a change back in our home community.  The fact that it’s going to be difficult, that`s obvious, but you have to be prepared for that. That’s something I took away, because I’ve always been kind of like a problem fixer. That’s my thing, I try to fix problems. And that’s a really important one, because there always will be challenges and you have to be ready for that.”

But despite of this, Alexandra stopped planning her future: “I always had a plan, but then life takes you to really unexpected places and it’s usually way better than in your own imagination. Or that was at least my case. So I stopped making plans.” Her hopes and dreams are little things, like becoming a good parent, being able to work with people…

Since she was little people told her that she should do something in politics, but she`s not sure she agrees. “I don’t want to convince people to see things my way. That’s not my goal. What I want is for people to form their own opinion and to raise their own voices and talk about whatever they find important. I don’t want people to agree with me necessarily. Heck, it’s even more important if they don’t,” she explains. She doesn’t know yet what she wants to do and is totally ok with that. “At this age that’s perfectly fine to not know where life will take you. And, to be honest, I’m actually very curious myself to see. So maybe in a couple of years you can ask me that question again,” she concludes.

“I don't want people to agree with me necessarily. Heck, it's even more important if they don't.”