As a longtime television journalist for the VTM network, Romina Van Camp dedicates herself to giving audiences a global perspective on current events. As a foreign news desk correspondent, she travels the world in order to both inform her audiences and to help them feel connected to world news. By providing facts from reliable sources, she hopes to support independent-thinking and awareness of global issues. As a participant in the 2018 International Visitors Leadership Program (IVLP) through the U.S. Embassy in Belgium, Romina traveled to the U.S. for a behind-the-scenes investigation of the political scene leading up to the 2016 U.S. presidential elections. 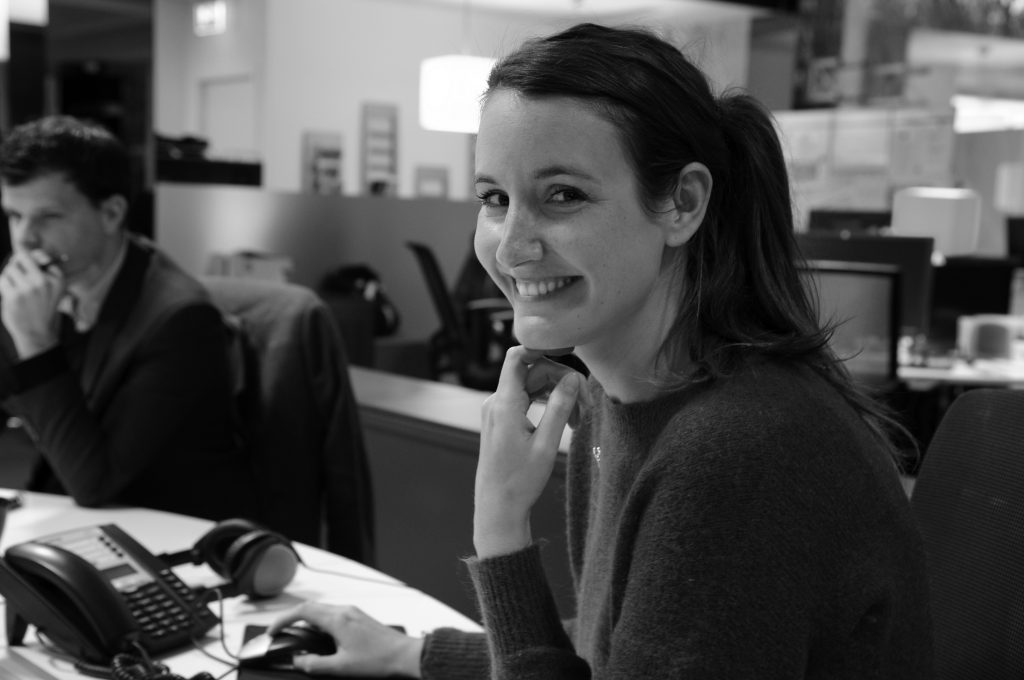 About Romina “Stand up for what you believe in.”

As a television journalist, Romina believes her most important job is to provide audiences with facts. “When I’m in the field as a journalist, my main job is to create awareness, to inform people to make sure they get the right information,” she says. Helping people to form well-reasoned opinions based on facts gathered from reliable sources has long been Romina’s mission.

During her tenure at the VTM network, Romina has wondered how to serve the public further, particularly during world events where journalism places such a pivotal role. “Do I contribute enough?” she has wondered. “How can I make a bigger difference than what I do now as a journalist?” Romina values the opportunity she had to explore this question as a participant in the 2016 International Visitors Leadership Program (IVLP) through the U.S. Embassy in Belgium.

Romina felt “privileged” to be selected as a promising young leader to participate in the IVLP. The program was equally grateful to have a television reporter well-versed in covering current events since that year’s IVLP topic focused on social, political, and economic issues leading up to the 2016 U.S. presidential elections. “The program for me couldn’t be timed more perfectly,” says Romina. For a television reporter, it was a rare opportunity to observe many aspects of the political process from a behind-the-scenes perspective.

“How can I make a bigger difference?”

The IVLP exchange program offered Romina the opportunity to visit the U.S. to observe current events unfolding first-hand. As a journalist accustomed to interviewing a variety of sources, Romina appreciated the chance to talk about the election with George Mason University faculty, both Democratic and Republican voters, and experts at think tanks.

Though she didn’t always agree with the political views of those she met, Romina appreciated learning about how people develop positions on an issue. Even when it’s “hard to understand how they think or what they stand for, what they believe in… hearing their arguments, it kind of makes you understand their way of thinking,” she explains. “It doesn’t necessarily mean that you agree with them, but it puts things in perspective.” The IVLP provided Romina with a unique opportunity: “As a foreign journalist, it’s not really easy to get access to those institutes or think tanks.”

Romina was eager to return to Belgium and share what she had learned about the U.S. political system, and about how it is shaped by the complexity and diversity of U.S. society. “We traveled several states and that was really a great experience, to see just the differences between… the way people think and the way people feel,” she recalls.

Romina returned to Belgium feeling better-equipped to cover current events for her television audiences. She looks forward to applying her experience when she reads articles in the U.S. media and

Don’t follow the herd all the time and stand up for what you believe in.

the familiar names of think tanks, for example. She also looks forward to returning to the U.S. to cover news stories. No matter where her journalism career takes her, Romina is committed to gathering knowledge and honing her skills to provide audiences with accurate, in-depth news – a service she believes is “now more important than ever.”

“Don't follow the herd all the time and stand up for what you believe in.”