As a young political leader, Hans Maes is deeply optimistic about the potential for communities to draw strength from the diverse backgrounds, beliefs, and cultures of its members. Through his work in government and through ongoing conversations with anyone who can offer him new perspectives and insight, Hans hopes to play a role in creating communities that celebrate diversity in all forms. As a participant in the International Visitor Leadership Program through the U.S. Embassy in Belgium, he travelled to the U.S. to learn more about how political systems work and serve their constituents. 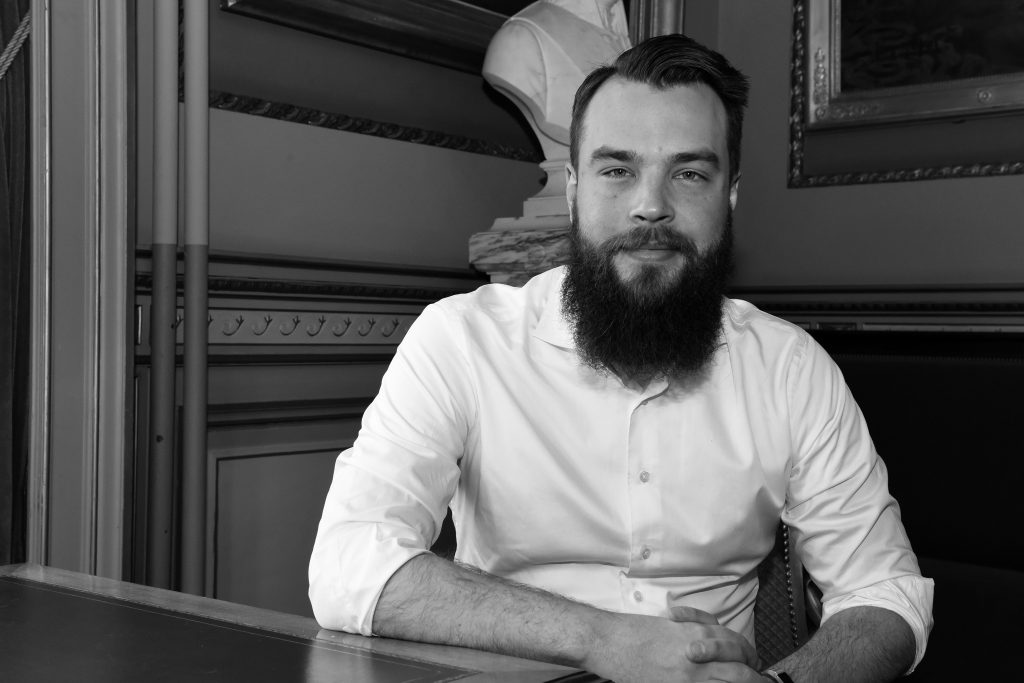 About Hans “Seeing the world that way, experiencing the world, makes me a better person.”

Hans’ daily life is steeped in politics – he wouldn’t have it any other way. “Politics is definitely my main passion. That’s without any doubt.” In addition to working as a parliamentary assistant to a federal member of Parliament, Hans serves as president of the youth wing of the Flemish Liberal Party.

Hans hopes his work can help bring positive change to many people, even to those beyond his local community. “My hopes and dreams are obviously a better society in Belgium, in Europe, in the world in general, where individuals can be who they want to be, and can become who they want to become, and can love whomever they want to love, and basically be free,” Hans says. “As a liberal, that goes to the very core of what I believe in and I want to actively build on that.”

New experiences expand a leader’s skills and natural talents, Hans believes. As a participant in the International Visitors Leadership Program (IVLP) through the U.S. Embassy to Belgium, he appreciated the chance to visit the U.S. during the 2018 midterm elections and to gain first-hand knowledge of the U.S. political system. “They took us all across the country, had us speak with people from all walks of life, both within politics and outside, to learn more about the way elections are conducted in the United States, the way people view politics – the way people experience politics,” he explains. “Just to watch the election, to see it happening on the spot and see the aftermath and the consequences of those people who were elected – it was really very interesting, a very informative experience.”

I consider myself to be a global citizen.

“It’s enriching to look abroad and to broaden your horizon,” Hans says. Studying the U.S. political system through the IVLP allowed Hans to gain a deeper understanding of his own political world. “The comparison between Belgian federalism and U.S. federalism is really interesting because the U.S. is slowly moving from a confederacy towards a more unitary state, whereas Belgium is sort of moving in the opposite direction,” he observes. “It’s interesting to see what results from these trends, their consequences on society in general, and on the way the elections are conducted.”

Nurturing a global perspective is crucial to being an effective leader, Hans believes. He finds inspiration in the words of German explorer and scientist Alexander von Humboldt: “The most dangerous worldview is the worldview of those who haven’t viewed the world.”

Diversity – in areas including culture, ethnicity, and identity – makes Hans hopeful for the future. He not only appreciates the diverse nationalities found in his hometown of Antwerp, but in Belgium, Europe, and beyond. “I really like to travel, I really like speaking with people from abroad, hearing different opinions and different perspectives, and because I think I can learn from that.” Though problems can arise when people’s differences clash, Hans believes “those problems can be overcome if you actively build your community, if you actively encourage citizens to live together. That’s the way I see the future.”

Hans’ faith in the power of communities is steadfast. “I’m an optimist, I’m a very hopeful person and when it comes to diversity and living together with people from different religions or ethnicities. I think that it will take time and it will take work, but eventually I think we’ll live together in harmony.”

“Every time I speak with somebody who has a different perspective, I learn.”